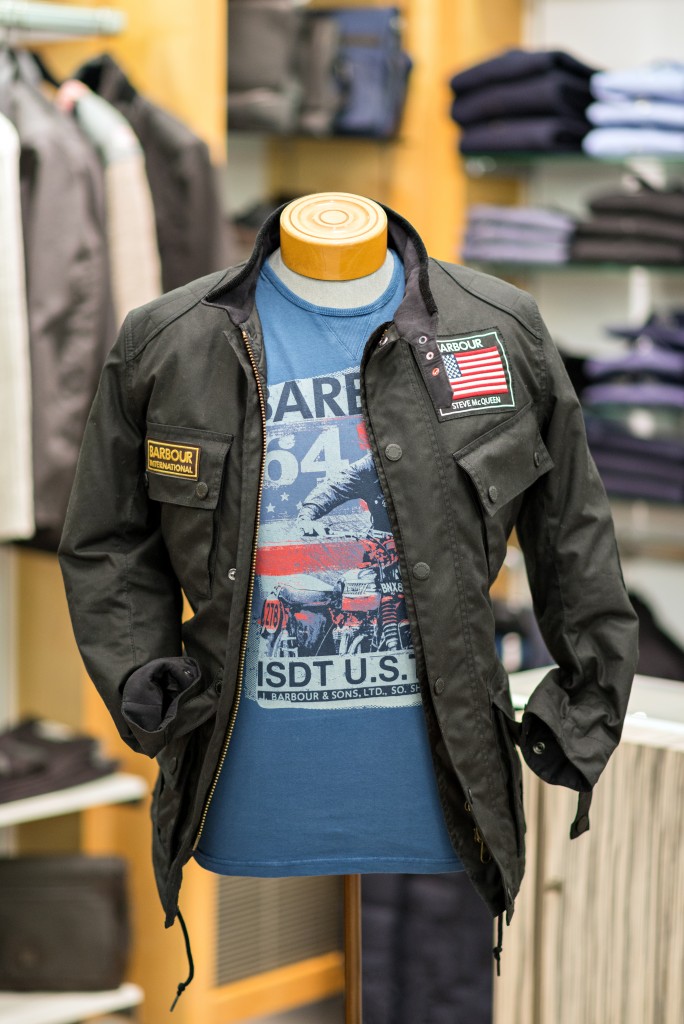 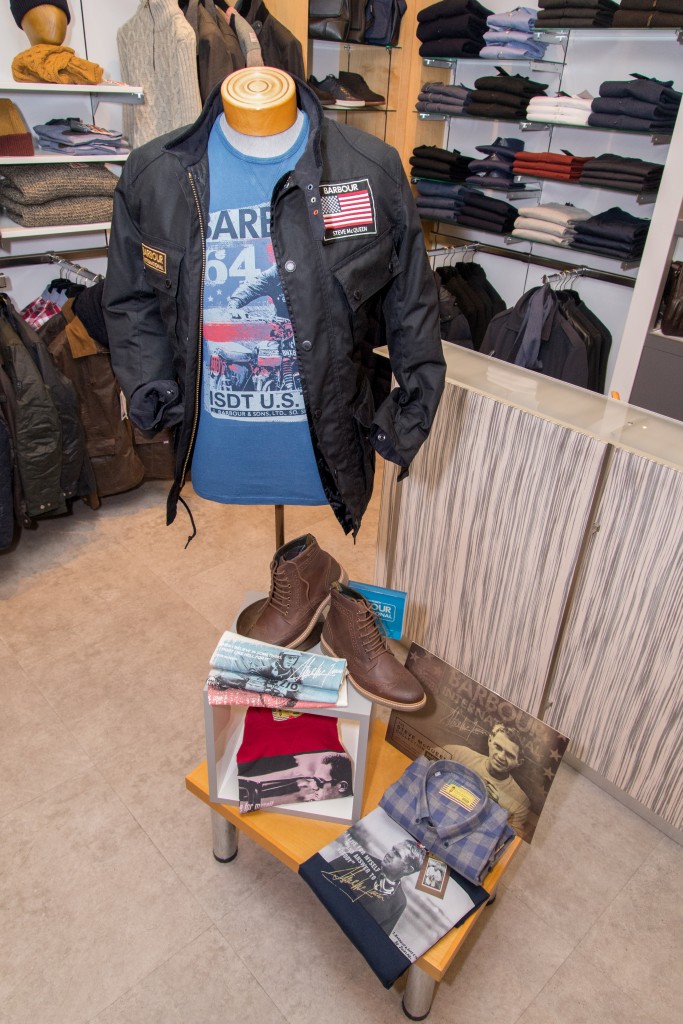 To celebrate the 75th anniversary of the International motorcycle clothing range, Barbour has launched a limited edition Barbour Steve McQueen capsule collection based loosely around it. Pictured above is that Baker jacket, which faithfully recreates the jacket that Steve wore in the 1964 ISDT in East Germany.

It has a fully waxed outer, chest pockets, gold pop studs, throat latch and Barbour International woven logo patch on the chest. The Baker also features a U.S stars and stripes lining and U.S flag on the left chest.