The History of Barbour Clothing York

Now over 100 years old, Barbour is a 4th generation family owned company who have developed a unique understanding of clothing that is truly fit for the country lifestyle.

Barbour is an authentic British brand providing a wardrobe of clothes for country pursuits, country living and for those who simply love the country, while still maintaining the core values of its heritage, durability, fitness for purpose and attention to detail.

The Barbour story begins with John Barbour who was born in 1849 and raised on a farm in Galloway in West Scotland, the second son of a family whose links through history can be traced back to the 14th century.

At the age of 20 he left the farm to try his luck across the border in the north east of England where in 1870 he started business as a traveling draper.  A year later, he married his childhood sweetheart, Margaret Haining who bore him 11 children and gave him the encouragement and belief to start J Barbour & Sons in 1894 in 5 Market Place, South Shields.

The shop sold all manner of products loosely described as drapery including outerwear, boiler suits, painter’s jackets through to underwear, and, in the flourishing town of South Shields the shop which became known as ‘Barbour’s,’ thrived successfully.  Almost from the first, Barbour derived an important part of its income from the ship-owners, ship builders and seamen of the port, supplying Beacon brand oilskin coats designed to protect the growing community of sailors, fishermen, river, dock and shipyard workers from the worst of the weather.

By 1906, Barbour was a successful business and John Barbour made two of his sons, Jack and Malcolm equal partners in the business.  The younger brother Malcolm expanded the business to supply Beacon oilskin clothing to landowners, farmers, farm workers and shepherds.  He also produced the first Barbour catalogue in 1908, which as well as targeting seamen and farmers, focused on fishermen forming the core of its future business. By 1917, the mail order catalogue accounted for almost 75% of Barbour’s business including international orders from as far away as Chile, South Africa and Hong Kong.

In 1912 J. Barbour & Sons became J. Barbour & Sons Ltd with John Barbour as Chairman and Jack and Malcolm as joint Managing Directors.  John remained as Chairman until he died on 7 July 1918 and was succeeded by Jack Barbour.  In 1927 Jack resigned leaving Malcolm to run the business.  In 1919, Malcolm introduced the Barbour’s Buying Agency which was founded to enable Barbour’s to act as purchasing agents – buying and supplying any goods that Barbour was unable to provide directly from the shop or the catalogue on behalf of anyone living overseas.  This quite often proved to be a challenge with requests as obscure as half a dozen penny mousetraps to be sent to Tibet, or half a ton of ship’s biscuits to be sent to the Indian Ocean but it reinforced the commitment that Barbour had to customer service which is still so important today.

In 1928 Duncan Barbour, Malcolm’s only son joined the business, having learnt his trade at Bainbridge’s, Newcastle’s biggest department store.

During the First World War, demand was high in the army for oilskins and Barbour continued to grow.  However, following the war with a general downturn in the economy and the Great Depression of 1929, the company’s sales fell significantly.  It took until 1935 for the economy to improve and for Barbour to start making a profit again.

Duncan Barbour, a keen motorcyclist himself, introduced a motorcycling range in the 1930’s which quickly took off, and Barbour suits were worn by virtually every British International team from 1936 to 1977 when Barbour made the decision to pull out of the motorcycle clothing market.  In 1957, 97% of all competitors who took part in the Scottish 6 Day Event rode in Barbour International Oiled Cotton suits.

With the start of the Second World War, Duncan was called away to fight and Malcolm Barbour took over full responsibility for Barbour again with the help of Duncan’s wife, Nancy.    Again, they produced weatherproof outdoor clothing for both the military and civilians including the development of the Ursula suit  which became standard issue for members of the Submarine Service.   The Ursula suit was named after the U-class submarine, Ursula whose commander Captain George Philips was instrumental in getting the suits produced.

Upon Duncan’s return in November 1945, he set about expanding the business.  The existing premises in Market Street were becoming too small and antiquated to cope with the amount of business and Duncan believed that the way forward was to build a manufacturing plant.  In August 1957, Barbour moved to the Simonside Trading Estate on the outskirts of South Shields and after 63 years of being a retailer, Barbour became manufacturers and marketeers.

Duncan sadly never got to see the manufacturing plant, as having overseen all the plans for the factory, he collapsed and died on 15 June, age 48.

Malcolm again took over the reins with Nancy and her son, John age 19.  It was a difficult time for the company but sales continued to grow.  In 1964, Malcolm Barbour died age 83 and Nancy Barbour took over the role of Chairman with John as Joint Managing Director.

Then tragically in June 1968, while on holiday, John suffered a brain haemorrhage and died, leaving behind his young widow, Margaret and their 2 year old daughter Helen.

It was left to Margaret, a teacher by profession and who up until this point had had no real involvement in Barbour, to pick up the reins and take control of the company’s future.

She was immediately made a member of the Board of Directors, inheriting her husband’s share of the company and immersed herself in understanding all areas of the business, getting to know Barbour customers first hand and talking to dealers about how they viewed the company and its way of doing business.

Margaret and her management team introduced new manufacturing and operational systems and throughout the 1970’s, efficiency and productivity increased and sales were buoyant.  In 1972, Margaret Barbour was appointed Company Chairman and in 1973 the company took the decision to discontinue all direct selling.  The famous catalogues would continue but would now be used to support the product range, dealers and sales agents with the focus on countrywear.

In 1974 Barbour received the first Royal Warrant by the Duke of Edinburgh.  The beginning of the 80’s saw the design of many current Barbour classics – the Bedale (short lightweight thornproof short riding jacket) the Border and the Beaufort jacket.  It was the lightweight Border jacket that epitomised the growing trend of the 1980’s for smart casualwear as more and more people began to wear Barbour for general everyday activities.

In August 1981, Barbour moved into a new factory in Simonside.  In 1982, Barbour received the second Royal Warrant by Her Majesty the Queen and in 1987, the third Royal Warrant was awarded by HRH the Prince of Wales.

In 1988, The Barbour Trust was set up to support local and national projects dealing with a variety of community issues including welfare, health, homelessness and unemployment as well as donating funds to support  international disasters such as the recent Tsunami tragedy.  The Trust also continues to be a substantial benefactor in the local North East community, and has invested significantly in projects such as the Alnwick Gardens, Laing Art Gallery and The Sage Gateshead, a magnificent landmark building on Newcastle’s Quayside which symbolizes the region’s regeneration and provides a magnificent concert and music venue.

During the early 1990’s the business continued to expand internationally. Barbour won three Queens Awards for Export Achievement in 1992, 1994 and 1995.  During the 1990’s, the company began to build a far wider and comprehensive country clothing collection for men and women moving into breathable waterproofs alongside the established wax jackets and introduced a wider range of colours including navy and sandstone alongside the traditional olive and sage.

Margaret’s daughter Helen Barbour was made Deputy Chairman in 1997 and in 1999, the first Barbour ‘shop in shop’ opened in Harrods.

n 2002, Margaret Barbour was appointed a Dame Commander of the Order of the British Empire.

In 2004, Barbour began to work with Lord James Percy, younger brother of the Duke of Northumberland and considered to be one of the most renowned all round shots of his generation, in the design and marketing of its flagship shooting clothing.

Today Barbour’s headquarters are still in Simonside, South Shields.  Although it sources products from around the globe, Barbour’s classic wax jackets are still manufactured by hand in the factory in Simonside and each year over 100,000 jackets are processed via the central, subsidiary and local customer service operations.

There are now over 2,000 products across the two seasons and the collections now also cater for Ladies and Children .

Barbour now has 11 of its own retail shops in the UK, and a presence in 40 countries worldwide including Germany, Holland, Austria, France, the United States, Italy, Spain, Argentina, New Zealand and Japan.

Broadening out from its countrywear roots, today the company produces clothing that is designed for a full country lifestyle.  As well as jackets and coats, the Barbour wardrobe includes trousers, shirts, socks, midlayers and knitwear. Recently the brand was tipped as one to watch as younger customers discover Barbour’s unique benefits.

Nevertheless, in whichever area the company now operates, it remains true to its core values as a family business which espouses the unique values of the British Countryside and brings the qualities of wit, grit and glamour to its beautifully functional clothing. 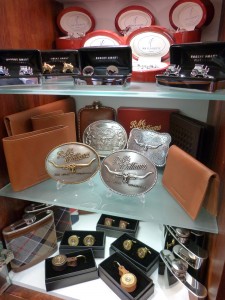 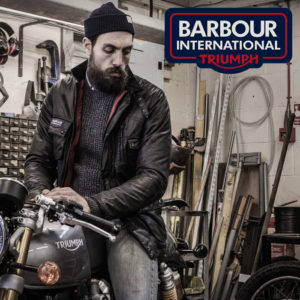 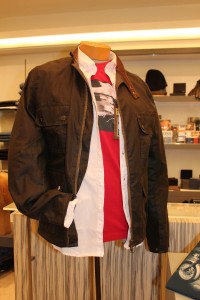 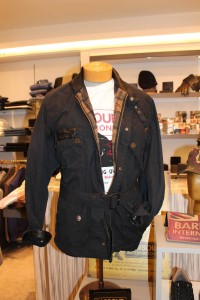 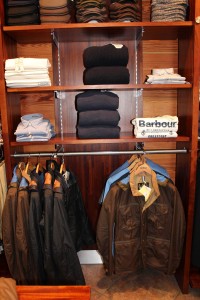